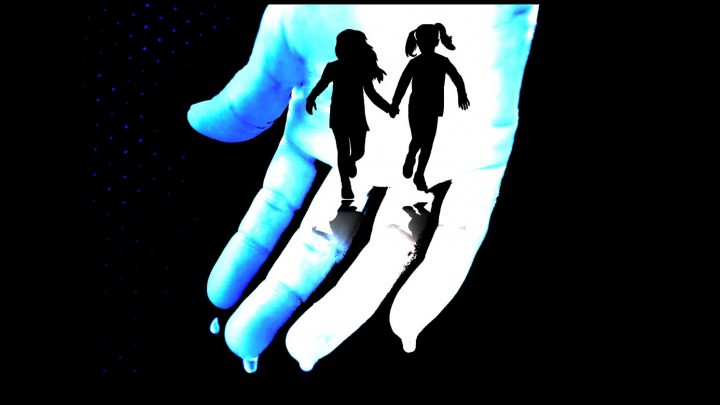 The first day of kindergarten was a day I had long been anticipating. I lived in a rural area and this was going to be my first opportunity to make friends of my own. (My older siblings occasionally had their friends over to visit — but generally they did not want to include me, the youngest sibling.)

Little did I know what I would experience on that first day.

After meeting our teacher and receiving our seating assignments our teacher soon brought us outdoors for recess. Instantly, the entire class began to run toward the inviting grassy field. I joined in, because that was what I assumed we were supposed to do. But we were immediately instructed to come back and our teacher told us the field was off limits; that we were only allowed to play on the blacktop. It was disappointing and I felt bad — as if my classmates and I had somehow misbehaved.

After we gathered together our teacher instructed us to form a circle and hold hands. When I reached out my hands to the children on either side of me the other children instantly jerked their hands away after briefly touching mine. I looked down at my hands and noticed they were sweating profusely — dripping, even! They had never done this before. It was not hot outside; there was no reason to be sweating. One by one, each child refused to hold hands with me. All except for one.

I will always remember the girl who held my right hand. The circle had a slight gap between me and the child on my left, because neither he nor any of the other children would hold my left hand. The teacher never noticed… but this one sweet girl always held my hand for the rest of the year.

By second grade my classmates from previous grades and my new classmates had accepted my condition. But adults still struggled to understand. Not only would my palms become sopping, dripping wet, but also the tops of my hands would bleed pools of sweat. And did I mention my feet? Yes, they would sweat profusely, too. Each year I would ruin a pair of shoes or winter boots which would crack and then eventually tear. Over the years most of my blouses also were quickly ruined due to my underarm sweat deteriorating the material.

I had to learn to adapt to the obstacles that this condition caused. Writing was difficult; the sweat from my hand would soak through the paper, leaving it a soggy mess that would tear each time I attempted to write on the page. So I figured out a solution: I would fold up another piece of paper several times and then rest my hand on it so I would be able to work without making any puddles on my paper. The first time my teacher observed me doing this was when our class had recently returned from the restrooms. She accused my of not drying my hands after washing them. I began to explain, but then stopped when several students in the class spoke up and told her, “No, her hands are always like that!” It took the teacher awhile to believe this was the case but she soon learned it was the truth.

It was very gratifying to me that my classmates, many of whom I did not know personally, stood up for me. (Should I tell you about the time a substitute teacher refused to let me go the restroom and I ended up wetting my dress? Students also defended me at that time, too. But that’s another story…)

There were many other incidents, such as when I stood in front of my fifth grade class while giving an oral report and the sweat was running down both arms and dripping, making puddles on the floor. Another time was when I was 15 and a boy I liked wanted to hold my hand. I refused, showing him how sweaty my hands were and he instantly grabbed a napkin, put it on my palm and then proceeded to hold my hand. (Oh, and in case you are wondering, simply washing or wiping off my hands would not suffice. Buckets of sweat would immediately appear again.)

On very humid NJ days it seemed that my hands were unable to sweat the moisture out fast enough — my fingers and toes would swell and it became difficult to bend them. When I was a teenager our family physician prescribed a medication which he said would stop the sweating (I believe its real purpose was to treat ulcers). It had no effect at all on my perspiration problem at all and it made me feel lightheaded. It dried out my eyes and also my mouth — so much that one time while eating a muffin I was unable to swallow due to lack of saliva and began to choke. That was the last time I took that prescription!

I have a lifetime of similar stories, but what prompted me to write about this series of events is the gratitude I feel toward all the children throughout my life who accepted and supported me for who I was. You have had a lasting positive effect on my life; more than most of you realize. Thank you.

I have continued to have this condition throughout my adult life. The only reduction in symptoms has occurred while living in an area with a less humid climate with lower temperatures (Central Coast California) than my home state of New Jersey.

Was I ever taunted in regard to this condition? Yes, but not by my classmates and that is another story.

For more information about hyperhidrosis, please visit the websites listed below.

A blog I that wish had been available when I was a child and teen:
My Life As A Puddle